Young Adults Committee learns about YWCA and its mission 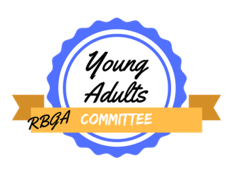 The RiverBend Growth Association Young Adults Committee met for their monthly meeting on Thursday, February 17 via Zoom. The Young Adults Committee is an organization made up of students across the Riverbend area attending Alton High School, Civic Memorial High School, East Alton-Wood River High School, Marquette Catholic High School, and Roxana High School. Four student ambassadors are selected to represent each school in a program where they learn the importance of providing service and leadership within the community and surrounding areas.

During the last meeting, students were given a presentation from Dorothy Hummel, the Executive Director of the YWCA of Southwestern Illinois. Hummel stated that the YWCA was “a non-profit organization that has proven to be a very big part of the Riverbend community”. From there, she discussed just how much the organization has helped individuals all across the area. In addition to this, she also mentioned why the organization is so highly looked upon, and some of that information is highlighted below:

The YWCA is an organization that has been one of the most commendable organizations within the community for over 20 years. Along with providing several childhood enrichment programs and offering scholarships, the YWCA is dedicated to eliminating racism, empowering women, and promoting peace, justice, and dignity for all. Along with this, the organization also serves more than just the area in which it resides. The program serves Alton, Wood River, Roxana, and other areas along the Riverbend area. During the February RiverBend Growth Association Young Adults Committee meeting, Dorothy Hummel discussed her love for the program and shared a story about a young boy within the YWCA program that had family members who fully expressed their appreciation for the program and what it does for the community. In addition to highlighting the impact that the organization has on the community, the YWCA is also the largest and oldest women’s community organization in the world. This is a tremendous accomplishment and showcases just how historic the program truly is. However, what many find most commendable about the organization is the upliftment of its mission. As previously mentioned, its mission is to assist with “racial justice and civil rights, empowerment and economic advancement of women and girls, and health and safety of women and girls”. This mission truly inspired the youth members representing Alton High School and encouraged them to take notes about the impact of the organization. Even further, an Alton representative also applied to their scholarship after hearing about their amazing program.

Kamren Mason-El plans on attending the University of Illinois in the fall to major in Political Science. At Alton High, she is President of her class, the President of the National Council of Negro Women Youth (NCNW), the Vice President of National Honor Society, the Treasurer of Mu Alpha Theta, the President of Student Council, and was a Senior Leader and Social Media Manager for Varsity Cheerleading. Kamren has taken rigorous courses throughout her time at Alton High and remains in the top 4% of her class. Along with having leadership within those organizations, she also has been a member of several other organizations as well. These include being an RRSK Member, being in the 100 Black Men’s Pathway to Woman-hood Program, and being a member of the RiverBend Growth Association’s Young Adults Committee in her junior and senior year. She was also very involved in Lewis and Clark’s Upward Bound Program and was a dedicated Student Council member for all four years of high school.

Allie Schrumpf plans to attend Saint Louis University to major in Biological Sciences on the premedical track to later become a physician. She has been admitted to Saint Louis University Medical Scholars Program and their Honors Program. She has already taken many college classes to prepare her for her further education and is part of the top 2% of her class. She is currently the Secretary for Mu Alpha Theta, Historian for National Honors Society, Flute Section Leader for the Alton Marching 100, Arion Award Recipient, and an Illinois State Scholar. Along with leadership and awards, she has also taken part in Biology Club, Jazz Band, Wind Ensemble, Concert Band, Marching Band, Pep Band, Redbird Nest, Pit Orchestra, Symphonic Orchestra, Math Team, and RiverBend Growth Association Young Adults Committee the past two years.

Jayden Ross plans for a bright future going forward into majoring in Mechanical Engineering. Throughout his experiences so far in High School, Jayden has been involved in many extracurricular activities in and out of school premises: being a member of the 100 Black Men’s Pathway to Manhood, the RiverBend Growth Association’s Young Adults Committee, and an employee at My Just Desserts. He further plans to be a part of the National Honors Society, Upward Bound, and Minority Excellences. Jayden plans and strives to further his involvement in the local community engaging in volunteer programs widening his experiences, and overall positive growth within himself. He is taking a step into involvement, in cooperation with the 100 Black Men’s Pathway to Manhood and the Church of God and Christ. Jayden has set forth in determination to help his aunt’s business flourish in the coming years. Yvonne Campbell owner of My Just Desserts Alton, LLC., has done wonderfully in her ownership of her business since August 2018. Jayden has taken an opportunity to further spread her goodies around the community, by participating in pop-ups in the area selling both her homemade pies and delicious cookies! Jayden plans on great things for himself, but without helping others, he says his path will feel unfinished.

Anbrielle Blake plans to attend the University of Iowa and receive a bachelor’s degree in Biomedical Science or Genetics. She plans on becoming a physician, as well as having great involvement with the advancement of cancer treatments. To help pertain to her career path, she has taken multiple college courses, in hopes to enter college as a sophomore. Other than medicine, Anbrielle shows love in her community by participating in Upward Bound, the Young Adults Committee, and being a great employee at Shivers Frozen Custard. She also helps build the community by having a business of her own @adorbeautyllc.store, where she sells natural hair growth oil, body butter, & plenty more! Anbrielle shows compassion and beauty in the things she does, she has great plans for herself & is dedicated to helping others live a better life.